Oh my I am uber excite over Danielle @ Sometimes Sweets new February giveaway!!!
I just could NOT resist!!!!!
<3
x


http://sometimessweet.blogspot.com
Posted by Kez at 4:46 AM No comments:

All I can hear is the sound of the dishwasher gurgling away at cleaning my dishes, the rustle of the trees in the light breeze and my own thoughts...
It's incredibly hard for me right now, I'm in such a loving amazing relationship but not there to experience it. The long distance thing is not for the faint of heart, you really have to know what you're getting into and be 100% committed before making that leap.

I'm sitting in my lounge trying to decide what to do, that does not involve me spending a single cent (coz paying off debts, planning 2 weddings, visa applications and a country move don't really allow for extra spending money), so far I have come up with cleaning the house or packing and getting rid of stuff for the big move! Woohoo, looks like it's party town for me this weekend. I guess the worst part is doing it on your own, I have the support and love but sometimes all you want is a cuddle and it is ten thousand miles away. I just miss him is all.

I have some work to do!

I am so increadibly busy! I work full time, I'm planning 2 weddings (Yes! Two), planning a move across the world and all of this is happening in the next 6months... Overwhelmed? Totally.

I really need to get our engagement story out there soon, I have either been too busy or that exhausted I can't type... Paitence is a virtue!

However here is most of my week in picture format. X 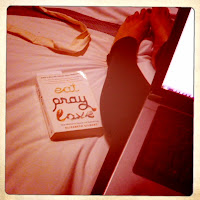 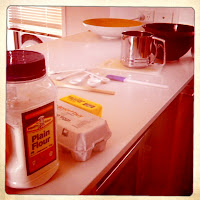 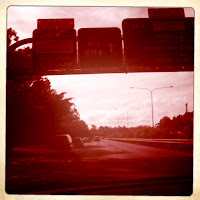 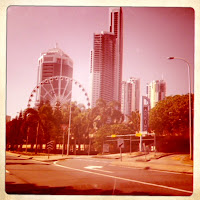 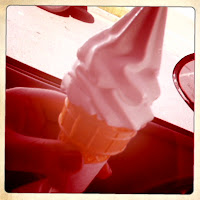 Bad Bad blogger!!! I swear to go I am going to update this more!! I wrote a massive post when I was in the states updating every amazing thing that has happened and the net froze and I lost everything!! I got so angry!

I am spending it with my Ma...

This will be my last Australia Day in this fine country... :)
Yep! You guessed it!

About how lucky I am! I am sitting here in my boyfriends hoodie, in his lounge, looking out the window at the bare trees and dark sky. I know this may sound simple but this is what I have always dreamed of. This life!

Last night Jarrod came come from work and we both decided we should have Qdoba for dinner. 4 years ago when I was in Denver I was also a vegetarian and Jarrod used to take me to Qdoba all the time for vege burritos. Oh the sweet sweet taste! I'm no longer vego but they are still as I remember them, incredibly tasty and not to mention HUGE! After diner we went to Hyvee for a few groceries and we hired a scary movie (The new Nightmare on Elm Street) it was pretty lame and I am the biggest wuss when it comes to scary movies, but oh my it was the perfect opportunity to snuggle up to my love. Not that I need an excuse!

Jarrod can't come home for lunch today as the roads are too icy but I have so much to do... Got to wash my hair (for those who know me it takes hours! And as I don't have a hair dryer right now, it takes even longer), maybe do a facial, manicure but before all that happens I have to clean the apartment and try and research how to cook a 12 pound turkey (IF it thaws out in time, it's not really looking promising right now! hahaha).

No rest for the wicked
x
Posted by Kez at 9:25 AM No comments:

Long time no post...
The days leading up to my flights were really crazy, I worked up until the day before I left. I was a total air head, forgot nearly everything! My mind was totally and utterly preoccupied!
Then along came Saturday...
Woke up early and started to ready myself, I went round in circles over and over and over again, trying to not forget anything!
Dan came and picked me up and we went to the airport, after 30mins or more of waiting to get my bags checked, we had some horrible breakfast and we said our bestie goodbyes!
My short flight to Sydney was interesting, Travie McCoy and Kelis were on my flight with their "entourage". The flight to Sydney was 30mins late, which meant 30mins to arrive in Sydney... hence I MISSED MY FLIGHT TO LA! I could not believe it! 9 people missed the flight and after maximum stress on my part and the airlines, they managed to book us onto a flight to San Fransisco. Running from one end of Sydney International is NOT what I call fun, airline staff at every corner yelling at me to "Run".
Sweaty, rushed and texting my boyfriend to tell him where in world I am headed.

Over 12 hours of flying, airline food, power naps and plenty of music and movies and I arrived San Fran, sleepy. After leaving the plane I rushed straight though customs and baggage claim where I thought my bags had gone missing, rushed to my next gate, called Jarrod, speaking to him for the first time in 4 years from the same country! I realized I may not have enough time from when my flight gets in to Denver to catch my one to Sioux Falls, so I spoke to the airline and they got me on standby for an earlier flight. My heart was pounding just praying that I got on that flight!!!!
Denver was a familiar place, they people, the accent, the smiles! When it was time for my flight to Sioux Falls I was already so nervous, the flight into Denver the pilot tried to land but had to pull back up coz it was too windy and she couldn't land. It was just as windy for my next flight and in a smaller plane, the airline told us that due to icy weather in Sioux Falls they may have to land in Omaha! WTF? I am an hour flight away from my love and now they are telling me that they are sending me in a different direction?!!?! This could not be happening!
After spending the entire Sioux Falls flight in the same tense position with unbelievably clammy hands, the pilot comes on to say that we will be landing in 20mins in Sioux Falls! YESSSSSS!!!!!

Luckily I was one of the first people off the plane, I rushed so quickly to meet him, it was almost like I had been there before, I knew exactly where to go. I ran straight into his arms! Speechless I just hugged him as hard as I could. I am never ever ever letting him go! He is everything I have ever wanted or needed, once we got my bags and got to the car, he had flowers waiting for me!

The last few days have been amazing, so much to say, but I don't want this blog to turn into a wordy, gushing mess! I have been taking photos of the beautiful weather, light snow and everything I can take a pic of!
I never thought I could love someone this much! I miss him so much when he is at work! And when we are together there is not a single moment where we are not touching or holding hands... I let the best thing that has ever happened to me go 4 years ago. I will never ever make that mistake again. This is what real love feels like!

At the end of Day 5 of the countdown and I have been crying most of the afternoon...
Reason you ask?
I had been experiencing some odd chest pains over the past 3 days and since I am due to fly on Saturday I thought it best to get checked out... Turns out that the doctor wants me to get tested for a blood clot... A WHAT? You say... Yes, an effing blood clot! OK, I head to the pathology lab to have a blood test and away I go, after grabbing a few groceries, I am driving home and then it hits me BAM, like a god damn slap in the face. "What if I do have a clot? Will the doctor let me fly? What if he won't let me fly, what will I do? I can't not go... I have been waiting over FOUR YEARS!" All this went spinning round in my head til I nearly had to pull my car over to the side of the road.
There is no way in hell that I am not going to America... This has been so long in the making... I am flying over to see my best friend, my boyfriend and the man I want to spend the rest of my life with. The universe could not have picked a worse time to have me deal with this crap, I have been so stressed and now the anxiety of the very very long flight (I'm not the best traveller). Ugh!
So after talking to my Ma (twice), and my Da, given myself a headache and talked to my love... I have just had a cup of peppermint tea, some tablets and I am ready to lay down, watch the Vampire Diaries and zonk out... Today made me sad... Tomorrow be nicer to me please!
I miss him!
K thanks!